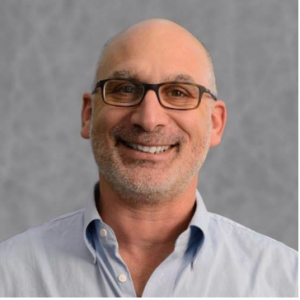 Seth W. Kullman: PI. Dr. Kullman received his Ph.D. from the University of California at Davis in Pharmacology and Toxicology (1996) and completed postdoctoral fellowship in the Department of Veterinary Medicine at the University of California at Davis in 2000. Dr. Kullman joined the faculty of the Integrated Toxicology Program at Duke University in 2000 and served as director of the Duke University Superfund Center Functional Genomics Core (2004-2007). He then joined the faculty of North Carolina State University in 2008 and is a Full Professor of Toxicology in the Department of Biological Sciences. Dr. Kullman has a long-standing history of employing small aquarium fish models in mechanistic toxicity studies with an emphasis on developmental biology, endocrine biology and metabolic disruption. His laboratory employs molecular, comparative and functional genomic approaches to examine how exposure to environmental stressors (dys)regulate gene regulatory networks that govern critical steps of cell differentiation and embryonic development. Much of his work is focused on nuclear receptors and ligand activated transcription factor signaling. His recent studies are directed towards elucidating coordinated cellular events facilitating stem cell commitment in relation to developmental and/or degenerative bone diseases (osteogenesis imperfecta, osteoporosis, osteopenia), and adiposity (obesity, metabolic syndrome). Dr Kullman currently serves as Director of the Toxicology Program at North Carolina State University and the Co-director of the NIEHS Training Grant Molecular Pathways to Pathogenesis inToxicology. He has over > 75 peer-reviewed publications, book chapters and technical reports. He has been a visiting scholar at the Mount Desert Island Biological Laboratory and has participated in proposal review panels for the NSF, NOAA, and the National Institute of Environmental Health Sciences. He has participated as an ad hoc member for scientific review with the Environmental Protection Agency, FIFRA-Scientific Advisory Panel Endocrine Disruptor Screening Committee, and currently serves as an Associate Editor to Environmental Health Perspectives. He is a full member of the Society of Toxicology, Society for Environmental Toxicology and Chemistry (SETAC) and the Endocrine Society. 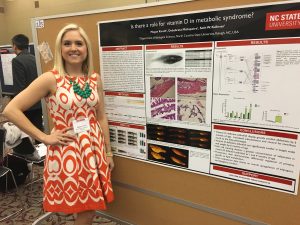 Megan Knuth: Received her BS in Environmental Science and minors of Chemistry and Biology from Appalachian State University (ASU) in Boone, NC in May of 2014.  Since the start of her scientific career, Megan has explored several different areas of research.  For her first undergraduate research project, “The Effects of Storm Events on Total Stream Discharge,” she created a behavioral profile of Boone Creek.  This profile was used to determine how previous stream restoration projects had affected the creek’s total discharge.  For her second undergraduate research project, “PTR-MS Measurements of Air Toxics at Thompson Farm, NH, 2005-2010,” she analyzed seasonal fluctuations in volatile gasses including toluene, benzene, and C8 and C9 aromatics.  The main goal of this work was to identify differences in temporal and seasonal distributions amongst the principal aromatic hydrocarbons.  Her research for this project was published in spring of 2014 in the “Journal of Student Research in Environmental Science at Appalachian; Vol. 4, First Edition.”  Upon graduating from ASU, Megan accepted a position as an Associate Scientist at Qualyst Transporter Solutions (Durham, NC) where her work focused on testing drug-to-drug interactions in primary rat, dog, and human hepatocytes.  After a year’s work at Qualyst, Megan began her graduate career at North Carolina State University (NCSU) and in fall of 2015 joined the Kullman Laboratory as a PhD student in Toxicology.  Megan’s research project aims to investigate the role of VDR/1,25(OH)2D3 in obesity.  In recent years, the VDR/1,25(OH)2D3 signaling axis has been implicated in metabolic control, where low systemic 1,25(OH)2D3 levels are associated with obesity and metabolic disorders.  Upon establishing a vitamin D deficient cohort of zebrafish, Megan has been working towards a full characterization of the link between vitamin D deficiency and obesity. 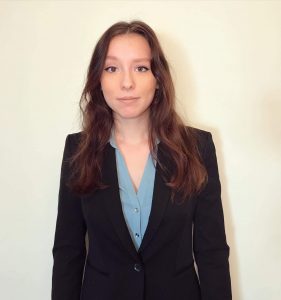 Morgan Ritter. Graduated from the University at Buffalo in May 2019 with a Bachelor of Science in Pharmacology and Toxicology with a minor in nutrition. Her experiences in her undergraduate research lab contributed to her desire to be further involved in research. One project consisted of determining if an arginine rich motif found on the Urotension II receptor explained the need for two naturally occurring agonists that otherwise have the same response profiles. The other project consisted of observing the behavioral effects of two neuropeptide S receptor agonists in rats. Although her research was in a neuroscience lab, her major of toxicology really drove her to continue in the field. She joined the Toxicology PhD program at North Carolina State University in fall of 2019. She has since joined Dr. Kullman’s lab and hopes to start discovering the role of Vitamin D deficiency during development in a Zebrafish model (Dario rerio). 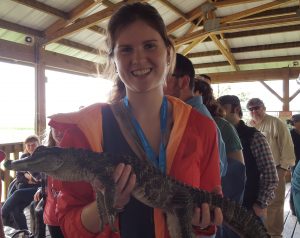 Melissa Gronske: Received her BS in Animal Science and minors in Biochemistry and Marine Science in May, 2017 from the School of Environmental and Biological Sciences (SEBS) at Rutgers University in New Jersey. She graduated summa cum laude and a G.H. Cook Honors Scholar, an achievement that pushed her to pursue a dual degree DVM/Ph.D. program in graduate school. For her first major undergraduate research project, she was involved in a NJDEP-funded project studying the migration of diadromous fish upstream through a fish ladder at a local dam site. From this, she analyzed the migration trends and diversity of fish native to the Raritan River in NJ as they related to temperature from 2012-2014. She also spent time at the Central Caribbean Marine Institute in Little Cayman studying coral reefs. Her project focused on the diet and predatory behaviors of lionfish, an invasive species in the area. She spent most of her time at Rutgers in an environmental toxicology laboratory where she completed her GH Cook Senior Honors Thesis. This focused on the effects of chronic, low dose exposure of PFNA, a perfluoroalkylated substance (PFAS), in zebrafish. She was interested in the morphological and reproductive effects and gene expression changes in the liver in the parental generation as well as developmental defects in their offspring. She also briefly studied the reproductive and behavioral effects in zebrafish after acute exposure to PFNA. In the fall of 2017, Melissa began her dual degree program in the Comparative Biomedical Sciences department at the College of Veterinary Medicine at North Carolina State University (NCSU), where she joined the Kullman Laboratory to pursue her interest in environmental and molecular toxicology. She is currently studying the effects of a different PFAS, GenX, both in vitro with mesenchymal stem cells and in vivo with medaka. 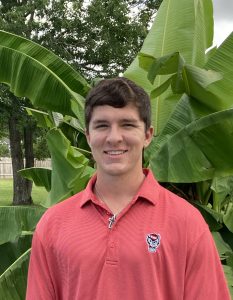 Nathan Shekey. Currently completing a BS in Biological Sciences with a concentration in Human Biology and a minor in Nutrition. He is an undergraduate with the NC State University Honors Program, planning to graduate in the Spring of 2022 before attending medical school and pursuing a career as a physician with the United States Navy. His interests in neurology and developmental biology led him to join the Kullman Lab in the spring of 2020. He plans to investigate the impact of Vitamin D deficiency on neurodegeneration and inflammation via the increased concentration of lipid metabolites in Zebrafish (Dario rerio) isolated whole brains. Nathan is also a certified EMT in the state of North Carolina and an Organic Chemistry Teaching Assistant. 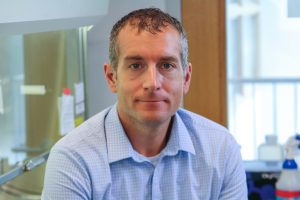 Chris Kassotis: Received his B.S. in Biology from Keene State College in 2008. As an undergraduate, he got passionate about chemicals that could interact with the endocrine system and potentially result in adverse health effects for humans/animals. Following college, Chris took a job at a contract research lab in Princeton, NJ to develop lab skills, and then entered grad school at the University of Missouri in 2010. Co-advised by Fred vom Saal and Susan Nagel, Chris quickly became interested in exploring chemical mixtures and better understanding how chronic exposure to environmental chemicals could influence health. His dissertation, focused on unconventional oil and gas extraction, was supported by an EPA STAR pre-doctoral fellowship. This award helped to assess whether commonly used hydraulic fracturing chemicals could interact with human hormone receptors, total hormone receptor activities in surface and ground water from drilling-dense regions, and the health of mice through early adulthood after gestational exposure to a lab-created mixture of common fracking chemicals. Chris graduated in May 2015 with his PhD in Endocrinology and joined the Stapleton Lab at Duke University in September 2015 as a postdoc. Once there, he began developing the 3T3-L1 adipogenesis assay to evaluate chemicals and environmental mixtures that might influence metabolic health (obesity, diabetes, etc.). His interest is still on mixtures, and supported by an NIEHS NRSA postdoctoral fellowship, he worked to better understand the mechanisms through which environmental mixtures of chemicals present in indoor house dust promote fat cell development and identifying causative chemicals. Through a K99/R00 award in 2019 (Mechanisms of Environmental-Mixtured Induced Metabolic Disruption), Chris joined the Kullman Laboratory at NC State to expand his research into the zebrafish model. Over the last year, he has trained in zebrafish toxicology and begun evaluating the role of common polyethoxylated surfactants on adverse metabolic health using mesenchymal stem cell models and developmental exposures in zebrafish. Chris recently accepted a tenure-track Assistant Professor position at Wayne State University in Detroit, MI, and will be starting his own lab in September, 2020.